skip to main | skip to sidebar

Governments this year have ramped up their global warming propaganda, but in truth, just how certain is global warming. In the process of preparing a consulting report, we undertook some research and were startled by government policy. We will show that the propaganda being financed by government is shamelessly creating hysteria for the sake of political expediency. Global Warming Misconceptions - Download the table of contents or buy this report at our online store for just $US9.95.

The unfolding eruption of the Taal Volcano, the Philippines

I'm actually a geologist by training. I also studied mining engineering, which included studies in rock mechanics, and of course 'mines are stress regimes'. I've seen a view volcanoes in my time. Climbed a few as well. Among them, Mt Ruepehu, Mt Tongiriro and Mt Tarawera in NZ. I've also seen a few Philippine volcanoes upfront, as well as Yellowstone, and well, I've stayed in a few Japanese hot springs as well. But more importantly, than destroying a few pairs of shoes, climbing over these things, I'm also an analyst with broad interests in things. Everything. And I shoot from the hip. I make grand pronouncements, and by taking a risk, sometimes I have to step back and revise my train of thought. Always open to evidence. Always adjusting the thesis. This idea that 'climate science is settled'. That a rookie error. Its never settled. Only for politicians is it settled, and for scientists with political or financial interests. Back to volcanoes. When I lived in the Philippines, I was very close to the Taal Volcano. I've driven partially around it, to the extent you can. I almost fell off the edge of the crater cliff face, and I mean, it literary collapses vertically, where I was. Very terrifying because I wasn't expecting it. But I digress. My partner is Filipino, and she is concerned about her family, so she is constantly sending me news of earthquakes. There was a time where I was more passionate to 'chase down news', largely for mining stocks, and here she was feeding me info, and one can see a story unfolding in this news. A pattern. What was interesting is that, I've make these outlandish claims, and she'd go off and research them, and find that I was right. So here goes. For a long time, I've known that there is a line of volcanoes running 'east to west' in the Taal area - Mt Banahaw, Mt Makiling, and Taal being a few of them. I have learned recently that there are 4 submersed craters in the Taal Lake, but only one of them is exposed as an island. I dob't know if these are 'hot spot' volcanoes, or whether there is a structural control to them. I really don't know the tectonic geology. Surprising perhaps for someone who loves geology. Perhaps its because its 'so poorly exposed' in the tropics. Anyway, watching the Taal volcanic eruption unfold at Taal crater in the Philippines, its like living one of these 'apocalyptic movies'. My Filipino partner, worried about their house and relatives, is asking me questions, and sending me info. As she does, she's asking me all these questions, and I answer them. She is going off and researching them, taping into local archives and research agencies, and telling me 'I'm right'. Which is gratifying. But she is also sending me more data, and attracting my interest. So, here is how it transpired. 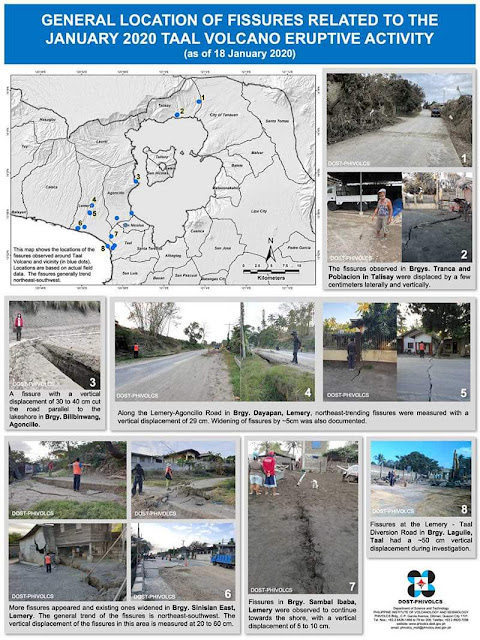 4. What is the trend? Well, what did you expect? I went looking to Google Maps, and noted 'the lineaments in the Philippines crust with strong SSW-NNE trends, and it was all consistent. It left me wondering whether this was a transform fault, a subduction zone, or a spreading zone. But it was interesting because macro-scale structural trends were apparent, and they extend to Metro Manila. Why is this important? Because the historic record for humans isn't long or reliable. Geological time is 'billions of years'. What if Taal is a super-volcano like the eruption that created Lake Taupo in NZ, then serious risks are possible to a major city. It is early days. Frankly, I don't know much of the geological history of the Philippines. You can see from Google Maps, that this area is on the 'Ring of Fire', on the Western fringe of the Pacific Ocean. 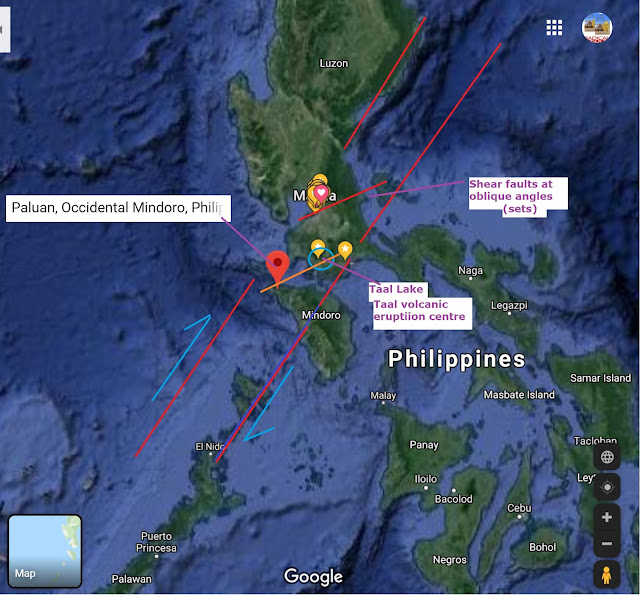 I have just finished writing a report on renewable energy. If you listen to the press you might be dismayed by the state of the environment, but actually there is reason for confidence from science. There are some exciting new technologies which are being commercialised in the next two years, as well as some prospects for greater efficiency and lower cost down the road. I am particularly impressed by the fuel cell and the prospect of generating power from much more efficient solar energy cells.
When is the time to buy solar power systems you might ask. I would argue that the time to buy is when you can obtain a 3-4 year payback from buying. Any longer than that, they you are wasting money. These systems will unfortunately not be compatible with new technology, so no benefit there. If you are interested in renewables refer to this report.
-----------------------------------------------
Andrew Sheldon www.sheldonthinks.com
Posted by Andrew Sheldon at 11:37 PM No comments:

Here is a technology I actually anticipated but didn't have the tens of millions of dollars to get it to the market. Oh, and I have no background in this area. But these guys do. My idea was simply to be able to convert thoughts into brain data or vice versa, just as you might copy information off your computer HDD. For example, being able to focus on what your friends say, and focusing on recording that content so you can play it back later in some sense knowing you won't forget it.
See more funny videos and funny pictures at CollegeHumor.
------------------------------------------
Andrew Sheldon www.sheldonthinks.com
Posted by Andrew Sheldon at 2:57 AM No comments:

The development of wireless energy

Intel has developed a wireless electric power system that could revolutionise the way we live as drastically as the development of electronic devices themselves. This is a critical development which will free people from the power socket. People will be freed from wall sockets because this form of conducting electricity does not require transformers. The technology also promises a reduction in product size and energy losses, since transformers generate a lot of heat or current resistance.

The technology was unveiled by Intel chief technology officer Justin Rattner. He demonstrated the Wireless Energy Resonant Link at the Intel's annual developers forum in San Francisco by sending electricity to a lamp on stage wirelessly, and in the process powering a 60-watt light bulb, which uses more power than a typical laptop computer. More importantly the conduction did not electrocute any observers. The human body is not affected by magnetic fields; it is only affected by elective fields. The question is whether the technology can be developed in a way that does not interfere with the operation of other devices. Would you want your retail store to be sharing its power or interfering in some way with any car passing by. Of course the technology is at an early stage of development.
Possible applications include laptops, mobile telephones and other mobile devices for use in airports, offices and other buildings . This is of course just the start. Perhaps we might be looking at other ways of discharging power remotely. Perhaps the first application might be the powering of your wireless mouse for your computer so you don't need batteries or a wire, not to mention other accessories. The technology is likely to eliminate the need for chargers, since these mobile devices will get their power by wireless from your car and computer, etc. You will no longer need batteries for many applications.

Posted by Andrew Sheldon at 8:26 PM No comments:

A new generation of computing by NEC - will it take off?

This is one of the latest technology solution offers by NEC. This computer comprises a collection of 5 different pen-size devices. Whilst it's a clever technological solution, its hardly a practical one, and I dont believe its the way that computing is likely to go.
I believe the way of the future is integrating your brain with the CPU of the computer. I think we will be using a retinal scanner which will allow us to see a screen projected onto our retina, and that there will be some pointer device established using the movement of our eye. We will use that scanning capacity for scanning the screen. But ultimately I think such computers will be able to dispense with a keyboard and what you think will be communicated to a screen. I think such solutions are about 10 years in the future and will likely herald a fall in the price of computers below $300, but eventually falling to $50.
Anyway check out the NEC solution.
-----------------------------------------
Andrew Sheldon www.sheldonthinks.com
Posted by Andrew Sheldon at 4:17 PM No comments:

Posted by Andrew Sheldon at 7:42 PM No comments: 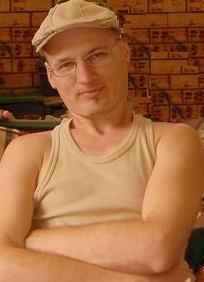